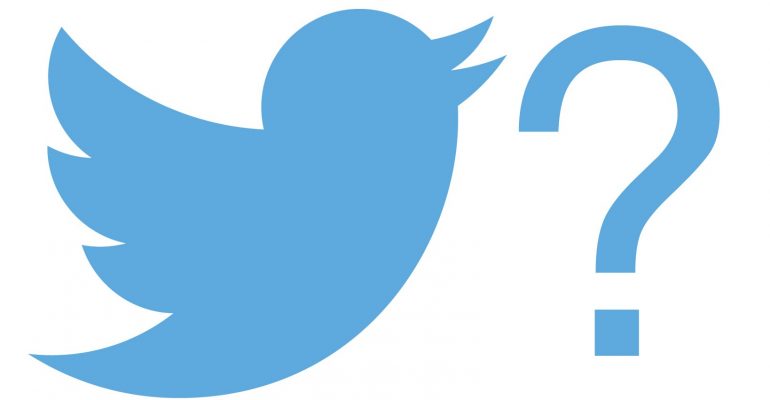 Twitter never really made sense to me. Like, I get the concept. Really I do. But there’s something terrifying about finally making the jump to a social network based on one-sided interaction. “So I can follow someone, but they don’t have to follow me, right?” We probably all asked this upon first hearing of the service that started in  early 2006. Gone were our familiar, Facebook-ian methods of give and take. Twitter doesn’t have friend requests. There’s nothing mutual about it.

Only recently have I taken it upon myself to dig into any and all collected data on the subject. See, I’m on the Creative team here at HMA. Social media is absolutely part of my life (and has been for years), but I don’t have to be a social media expert. It helps, but I don’t have to be. That said, there’s not much in this world that mystifies me that I can stop myself from poking and prodding until I at least understand the concept.  So I talked to my much more social media savvy co-workers and looked up quite a few articles (of particular note was a talk given by HubSpot’s Dan Zarrella) and compiled this list. Hopefully we can get better at this thing, together!

1. Get to know yourself.

One of the smartest moves you can make, according to a multitude of sources, is to have a full profile in place when you start tweeting. This means a background photo, a website listed, and a short but succinct bio to accompany your avatar. Believe it or not, people are over 10 times more likely to follow an account with these items in place! When writing the bio, it’s essential that you clearly and concisely say exactly what you like, or tweet about. People like the no nonsense approach of making it clear what content they’re going to get should they decide to follow you.  In the case of a B2B account, this phrase could be as simple as “World-renowned manufacturer of something.” It doesn’t take a ton of finesse, but just don’t leave it blank!

So how do you gain more followers that might be interested in what you have to say? Simply enough. Follow people who embody a great follower! People who retweet, favorite, and discuss or share topics that are right in line with what your company does. You can find these individuals (or businesses) by using search terms that relate to services or products you offer! If I worked in (or served) a certain industry, I’d look for people who are also in that industry. Active people who don’t always tweet about what you have in common, but are confirmed to have some shared interests. The data shows that about a third of the people you follow will follow you back (as long as you have a photo, website, and bio from Step 1)! Ideally, you’ll want to keep the ratio of following-to-followers at about the 1.5-to-1 range or better. Coca-Cola follows close to 17K people, but has over 2.3 million followers! Now, that’s a great ratio.

Astoundingly, the most popular users of Twitter got there by tweeting daily a whoooooole lot. Studies show that the most engaging number of tweets per day is 19. 19! On average, an HMAer will tweet about 4 times a day. 19 seems crazy! The thing is, for a B2B account, you’ll most likely not want to be strictly advertising close to 20 times a day to followers. What is important is the interaction between yourself and other users. A large percentage of those golden 19 that Dan Zarrella speaks about is interaction posts, retweets, etc. It’s not necessarily new content, which is good to keep in mind. An almost constant finger on the pulse of your followers and people who are following you is important!

4. Be super positive and ask me how my day was!

Studies also show that significantly less interaction, like retweets, start with tweets using negative language and speaking directly about one’s self. As it turns out, people just don’t like hearing complaints or language that uses a ton of personal pronouns. “I”, “I’m”, and “me” all have much lower retweet and interaction percentages than words like “you,” “we,” and “us.” Twitter is a community that really likes community, which is great for a B2B account looking to help “you!”

Here at HMA, we pay very close attention to peak online traffic times and consider the person to whom we’re sending an eblast or some kind of social media interaction.  Timing is really important in marketing, and the same applies for Twitter. In many cases, the time of day or week could greatly influence the success of a post. Turns out, people are much more likely to interact and click on links starting late on Thursday evening. Throughout the weekend, click-through rates increase until they hit their peaks on Sunday afternoon. A weekend tweet might be perfect, depending on your audience.

Twitter is a strange beast, but it’s safe to say that it’ll be around for a while. Following these five tips could dramatically increase your Twitter following, and therefore, your brand!

For more tips and insight from the HMA team, subscribe to our newsletter using the form at the top of the page!