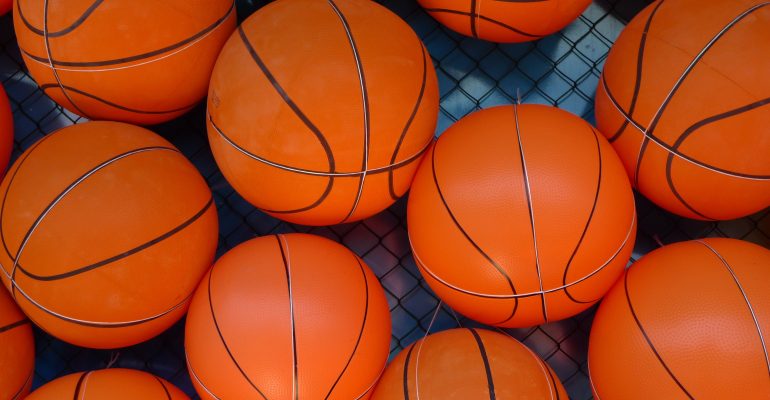 March Madness is only a few days away. The build-up has begun, and everyone is crafting their brackets. We may watch and follow along with our favorite teams throughout the regular basketball season, but once March Madness rolls around, all previous accomplishments and failures instantly become distant memories. The hard work in the off-season. The late nights and the early practices are over, and it’s team versus team in a battle for the championship.

In the advertising world, a similar phenomenon comes to mind: Tradeshow Madness. While our times of madness usually happen more than once a year, the build-up is eerily similar. This year’s NCAA March Madness match ups will all agree that 99% of their success can be attributed to the pre-game preparation, just as those of us involved in Tradeshow Madness will all agree that the majority of our success can be attributed to pre-show preparation.

Months, sometimes even years in advance, the preparation begins. Booking space, developing a theme, creating schedules, making lists upon lists, endless work with multiple show reps, printers and suppliers; the work that goes on behind the scenes for tradeshow exhibits is often overlooked once the actual event takes place. Looking back, making the flight to the tradeshow destination even seems like a feat in itself.

Arriving at the destination, it quickly becomes apparent that the build-up and prep is only the beginning. All those hours spent list making, packing and tracking are for naught if the tradeshow doesn’t go as planned. That’s why they say practice (or preparation in this case) makes perfect. 15-hour days come and go as quick as a 30-second timeout in the second half of a nail-biter. Client demands and hard show floors create sore muscles and blisters no trainer can repair.

Being on top of your game is not an option; it is required.

The final buzzer of a tradeshow allows exhaustion to set in, but it’s certainly not over yet. In a tradeshow, overtime is guaranteed. Those stats aren’t going to compile themselves. The last debriefing is the final matchup that determines the win or loss.

While the memories of the show will remain in the record books forever, the question on everyone’s mind quickly becomes, “What’s next?” Yes, the high of a successful tradeshow, just like March Madness, is short-lived and quickly forgotten as the next event is already pounding down the hardwood.