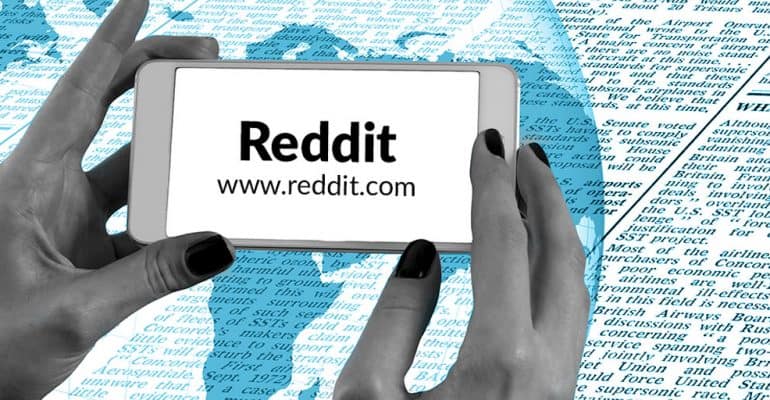 The front page of the Internet

Reddit proudly proclaims itself as the front page of the internet. And rightfully so, because the numbers speak volumes. It’s the fifth most-trafficked website in the United States and has just surpassed Twitter with over 330+ million active users each month and 18+ billion screen views per month. Its users spend more time on the site than on Facebook!
More and more businesses are utilizing Reddit ads as a part of their advertising plans. Here are a few reasons why you should incorporate Reddit into your advertising and recruitment efforts, along with some helpful tips.

The premise behind Reddit is simple: members create posts and the community comments and votes based on the value of the content. Posts with the most upvotes appear at the top of the page for all to see. Reddit is divided into communities or subreddits, each with their own flavor, sense of humor, and set of rules or Reddiquette. This is particularly important to note for marketers because the social norms that exist within each subreddit can be strictly guarded at times. One false move and your post could be downvoted into oblivion. Advertising successfully on Reddit requires knowing your audience and understanding the nuances of each community.

Take for example actor Woody Harrelson’s infamous AMA or Ask Me Anything session on Reddit a few years back. Members were delighted to ask him questions like, “What was your favorite role?” or “What role do you regret turning down?”. However, it quickly became a huge failure. Users wanted to hear authentic and interesting stories from the actor but they instead received a shameful plug for a new movie he was trying to promote. In this case, it was clear that he had not done his research nor did he understand how Reddit functions. But do not let that deter you—that was just an example of what not to do. There have been many well-received sponsored posts garnering valuable exposure, as well as some high-profile successful case studies.

When done the right way, you can effectively tap into a trove of unique and influential users. With over 138 thousand active communities, topics can range from slow-cooker recipes to random shower thought to adorable photos of animals. Let’s say your business is selling antiques. You can begin by targeting the r/Antiques subreddit, but you might also want to narrow it down further and target specific types of antiques or related topics. Do you specialize in mid-century modern items or perhaps porcelain figurines? There’s a subreddit for that! Advertising on Reddit allows you to go directly to your audience. Targeting your audience has never been easier.

On top of all of that, the advertising dashboard is straightforward and easy to use. Simply choose your campaign goal, select your audience, set a budget, bid, and schedule, then create ad copy and you’re ready to go! Ads appear at the top of each listing page on the desktop version. On mobile devices, ads appear in the users’ feeds and come in two sizes: card and compact view. Reddit uses a CPM auction-based system, which means your bid is the cost per thousand impressions. Once your ad is live, monitor all responses you receive. Users can vote and comment on your ad just like they would any regular post on the site. It’s important to stay engaged with your audience.

Don’t be afraid to experiment with your ads. Write your ad copy as if you were speaking to a friend about a product. Avoid fluffy advertising jargon. Be open and authentic. Go beyond sales and contribute to the conversation. Discover new communities. Connect with your audience. Now, what are you waiting for?!