The Lowest Form of Art 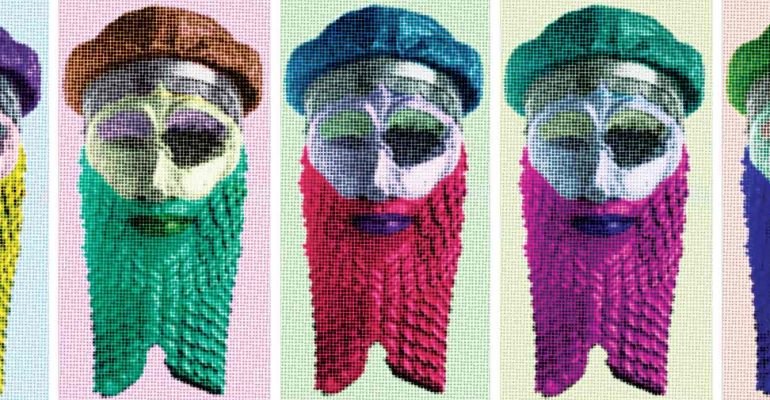 The Lowest Form of Art

A few weeks ago, while sitting with a friend of mine over a few beers, the topic of advertising came up. He referred to it as, “The lowest form of art.” As a graphic designer working for an ad agency, naturally, I took offense. I didn’t, however, have the confidence to argue with him. I asked myself, “Is he right? Am I no better than a tool of ‘The Man’? Am I really an artist?” I was compelled to answer these questions and defend my way of living.

Upon my reflections and research, I’ve come to realize that art has a real-world, down-to-earth function. The purpose of art isn’t just to create beauty and wax poetic on high ideals. Art is also a vital tool used by countries, kings, dictators, religions, wealthy entrepreneurs and global corporations. As different as these entities are from one another, they all use art in the same way–to inspire awe and wonder in their followers and instill fear and doubt into the competition.

Art used in this way could be considered propaganda, but I feel that is too crude of a description. If that were the case, would it be accurate then to label Michelangelo’s Sistine Chapel ceiling a piece of religious propaganda? I will attempt to demonstrate two things: how commissioned artwork should be placed far above the lowest rung of the art ladder, and how the role of an artist changed from servant, ultimately to master.

There is a famous bronze bust of Sargon the Great, who was a powerful ruler of Mesopotamia (current day Middle East), created around 2334 BC. He was considered to be a model of the Mesopotamian kings centuries after his death. The individual who created the bust was, no doubt, a great artist and the piece is considered a masterstroke of Bronze Age craftsmanship. The identity of the artist is unknown as well as their social status. It is likely, however, that they were either a subject or a slave of the king.

The idea that an artist could create and sell art to the general public to support themselves doesn’t seem to become a possibility until the late-Medieval/early-Renaissance period with the rise of the merchant class in Europe.

A good example of this is the iconic painting by Jan van Eyck, Portrait of Giovanni Arnolfini and his Wife. Painted in 1434, van Eyck was commissioned by Giovanni di Nicolao Arnolfini, a successful merchant in the city of Tuscany, Italy. The painting is important not only technically with its complex use of medieval iconography and illusionism, but also the subjects themselves are a telling sign of radical, social changes happening in Europe.

In 1815, Dutch traders brought to Europe Ukiyoe prints from Japan. Ukiyoe, which means, “images of the floating world,” were prints used for decoration and advertising in Japan. The Dutch used them as wrapping and packing material for their goods. Hardly considered art, the prints were collected only as curiosities. Not until 1856 when these prints reached France were they sought after inspiring Impressionism and artists, including Degas, Manet and Renoir. It was about this time (in the developed parts of the world) that our modern-day perception of a working artist came into being. An increasing amount of artists were able to work for themselves, selling their work to wealthy patrons and, thanks to the innovations in printing, the general public.

In an ironic twist, Andy Warhol’s, Campbell’s Soup Cans turned the entire relationship of artist/client on its head. In New York, 1962 Warhol was at the time, a relatively unknown artist. He created a series of silk-screen studies of Campbell’s soup cans. It is important to note that Warhol chose the cans because he loved eating Campbell’s soup, not because he was working for them or selling their product. What seemed to be an uneventful exhibit, tuned into a watershed moment in the history of art. By creating a work of art from a commercial image, by means of a method of mass production (silk screening), he shifted our concept of not only what art is but also, who an artist is.

It is apparent that commissioned work – created with the intent of persuasion, should be given a seat in art world. This is not to say that all advertisement is art worthy. Every day, we are bombarded with mediocre and bad advertising. Like all works, commissioned or not, only the choice pieces can enjoy the title of “high art.” As for those individuals who create these works, they may enjoy the title as “artist.”