Here’s what you missed: September 2015 #AppleEvent

Here’s what you missed: September 2015 #AppleEvent

Wednesday was the #AppleEvent we have all been waiting for. Although the calendar says September, I’m pretty sure Christmas came early this year. Apple did it all: gave us new devices, iOS systems, designs, updated technologies and more!

Not everyone had the luxury of watching the 2-hour event that covered a lot of new technology and information. So, lets break this down by device and look at what’s important: 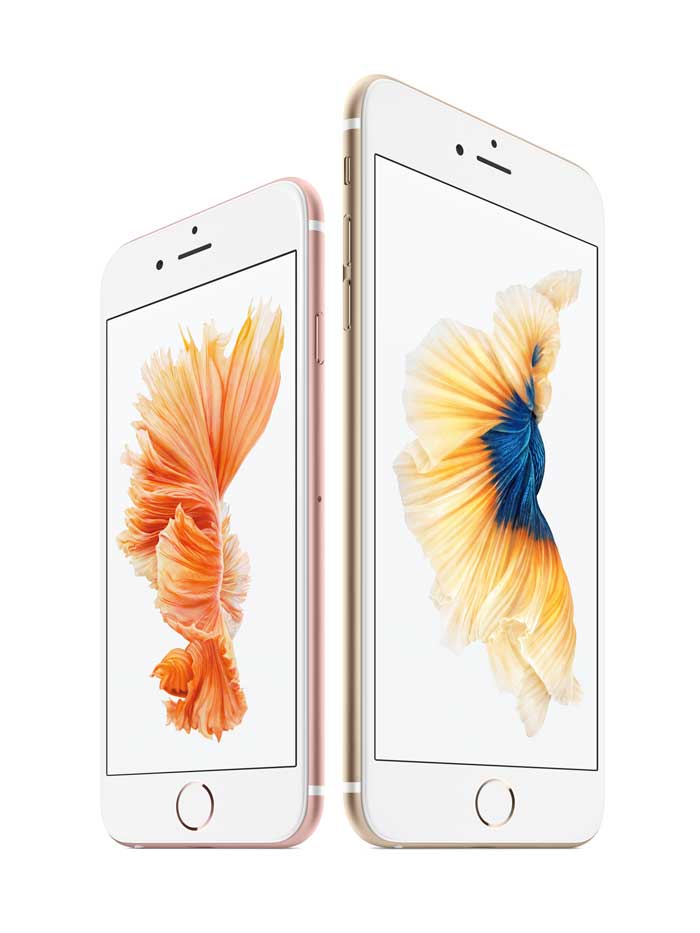 While externally it doesn’t look any different from the iPhone 6 and 6 Plus released last year, Apple has a brilliant tag line to explain the updates made to the new iPhone 6S/6S Plus. “The only thing that’s changed is everything.” And it’s absolutely true.

The first major difference between the iPhone 6 and the 6S series is a new feature called 3D Touch. When you use 3D Touch, you will not only be able to press your screen, but you’ll also be able to feel it. This is an entirely new way to interact with your phone and this technology leads to the creation of new technology, such as Peek and Pop.

Housed in a new aerospace-grade, aluminum alloy enclosure, the iPhone screen in made from the most durable glass in the smartphone industry.

The rear camera upgraded to 12 megapixels (MP), and the iSight front camera is sporting 5 MP and a new Retina flash feature. The new flash allows the screen to flash 3x brighter than normal to add some light to all your gorgeous selfies.

One of the most exciting new features Apple is introducing is “live photos.” Live photos are moving images capturing the moment right before and after you take a photo. These are not videos, but they do include movement and sound. 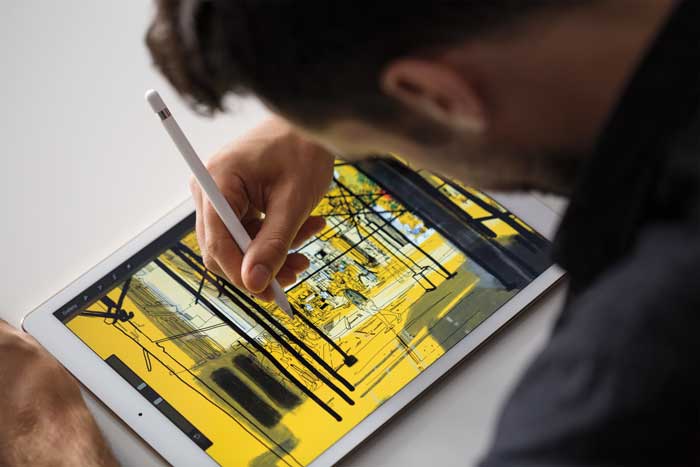 Apple redesigns the iPad for maximum productivity to introduce the iPad Pro. The first thing you will notice about this new iPad is the 12.9-inch Retina display. That is 78% larger than the iPad Air 2. With a screen resolution of 2732 x 2048 and 5.6 million pixels, Apple Senior VP Phil Schiller calls it “the most advanced display we have ever built.” Also, did I mention the 12.9-inch Retina display? It’s a pretty huge deal; especially since the new iPad Pro is as wide as the iPad Air is tall.

This iPad features desktop-class processing speeds and incredible graphics performance. It is capable of playing three simultaneous 4K clips in iMovie without losing responsiveness to your commands. It is also expected to have a 10-hour battery life, letting you work all day without a charge. 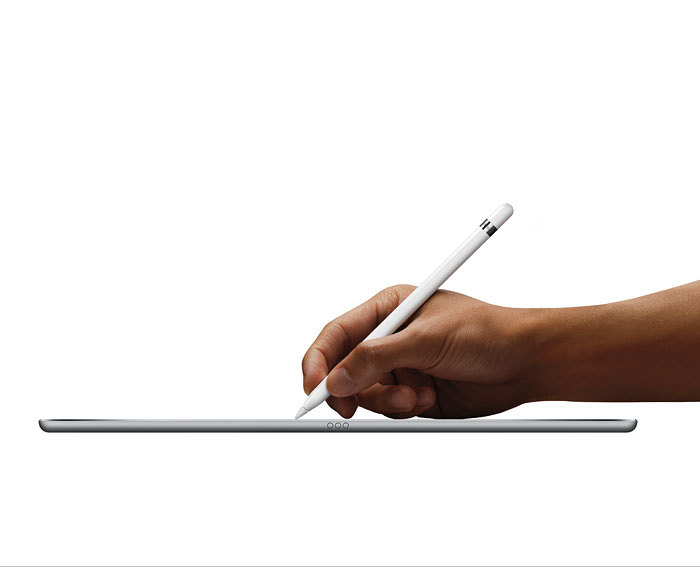 With the new iPad Pro comes new accessories we are excited to give a try! The Apple Pencil is not just a stylus. Apple Pencil is a highly responsible, multi-function tool build to use the redesigned Multi-Touch technology. With this tool, you can draw lines of any weight just by adding pressure. And you can add shading with the tilt of your hand, just as you would with a pencil or charcoal. You can craft masterpieces on the iPad Pro with single-pixel precision.

The new Smart Keyboard is a 3-in-1: cover, stand and keyboard. The new iPad’s size means you get a full-size keyboard, allowing for maximum productivity. It connects to the iPad using another new interface designed by Apple called, Smart Connector. It is a magnetic, 2-way exchange of data and power, freeing you from plugs, switches or pairing. 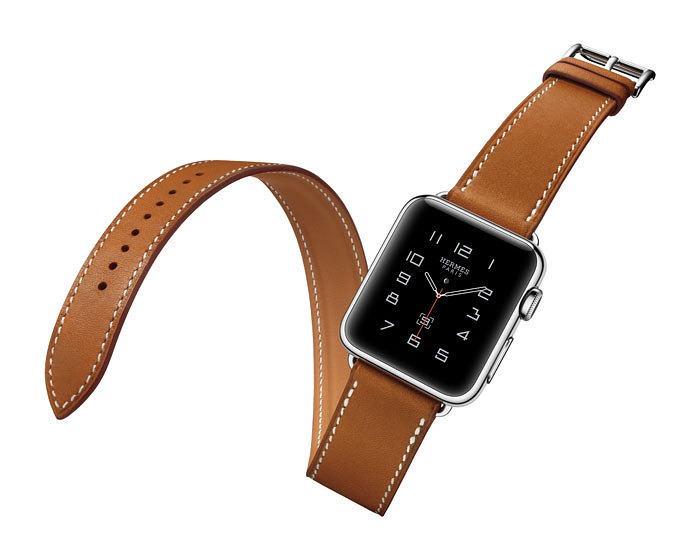 While we are still waiting for Watch OS2 to come out (Apple says it’s coming soon), Apple added plenty of new features (especially for health & fitness) and designs to make your new Apple Watch totally your own.

For starters, Apple and Hermès partnered to create Apple Watch Hermès, a showcase of innovation and fine craftsmanship. The watch features double-wrapped leather straps and an Hermès watch face design by Apple.

Apple upped the ante with the new materials in their Watch design across all lines, using stronger materials and introducing rose gold finishes available in an aluminum and 18-karat gold. 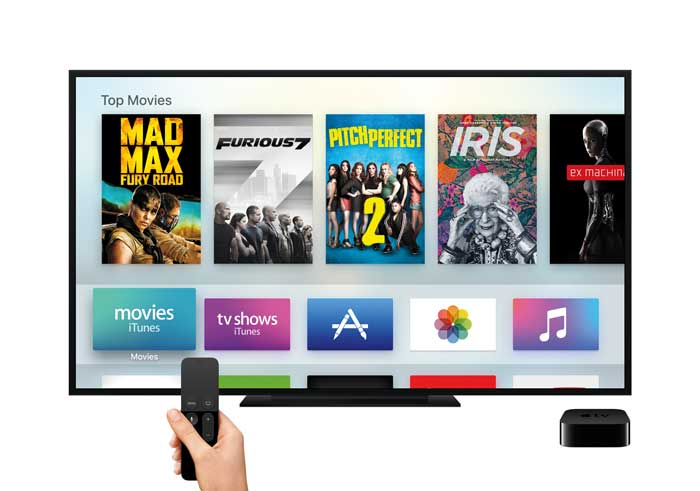 Apple TV has an entirely new operating system, interface and remote, featuring a glass touch surface and Siri. The Siri integration allows you to not only search Apple TV by voice, but also check on the weather and latest scores. You can use the Siri remote to get information about a movie or show while you’re still watching it.

TVOS allows you to use Apple TV in ways you never could before. The Siri remote has a built-in accelerometer and gyroscope, doubling as a game controller. Apple TV also supports MFi-based controllers, so you can take your gaming to the next level.

Apple TV provides us with a lot of new innovations this year. New technologies to improve productivity, increase creativity and have a more enjoyable time on the devices we already know and love. The features listed here do not even fully cover everything Apple discussed at the Apple Event. You are definitely going to want to check out Apple’s website for more information. We can’t wait to try all Apple’s new features and see how they integrate into new client projects. We’re sure you can’t wait either! The fun begins with the iPhone pre-order on September 12th!